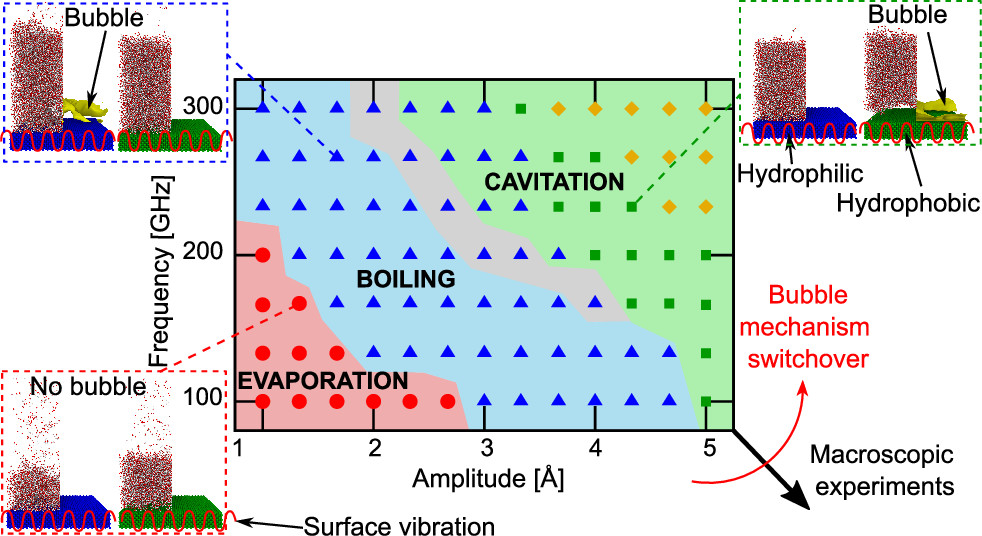 The collapse of cavitation bubbles often releases high-speed liquid jets capable of surface damage, with applications in drug delivery, cancer treatment, and surface cleaning. Spherical cap-shaped surface nanobubbles have previously been found to exist on immersed substrates. Despite being known nucleation sites for cavitation, their collapsing dynamics are currently unexplored. Here, we use molecular dynamics simulations to model the shock-induced collapse of different surface nanobubble sizes and contact angles. Comparisons are made with additional collapsing spherical nanobubble simulations near a substrate, to investigate the differences in their jet formation and resulting substrate pitting damage. Our main finding is that the pitting damage in the surface nanobubble simulations is greatly reduced, when compared to the spherical nanobubbles, which is primarily caused by the weaker jets formed during their collapse. Furthermore, the pit depths for surface nanobubble collapse do not depend on bubble size, unlike in the spherical nanobubble cases, but instead depend only on their contact angle. We also find a linear scaling relationship for all bubble cases between the final substrate damage and the peak pressure impulse at the impact centre, which can now be exploited to assess the relative damage in other computational studies of collapsing bubbles. We anticipate the more controlled surface-damage features produced by surface nanobubble cavitation jets will open up new applications in advanced manufacturing, medicine, and precision cleaning.