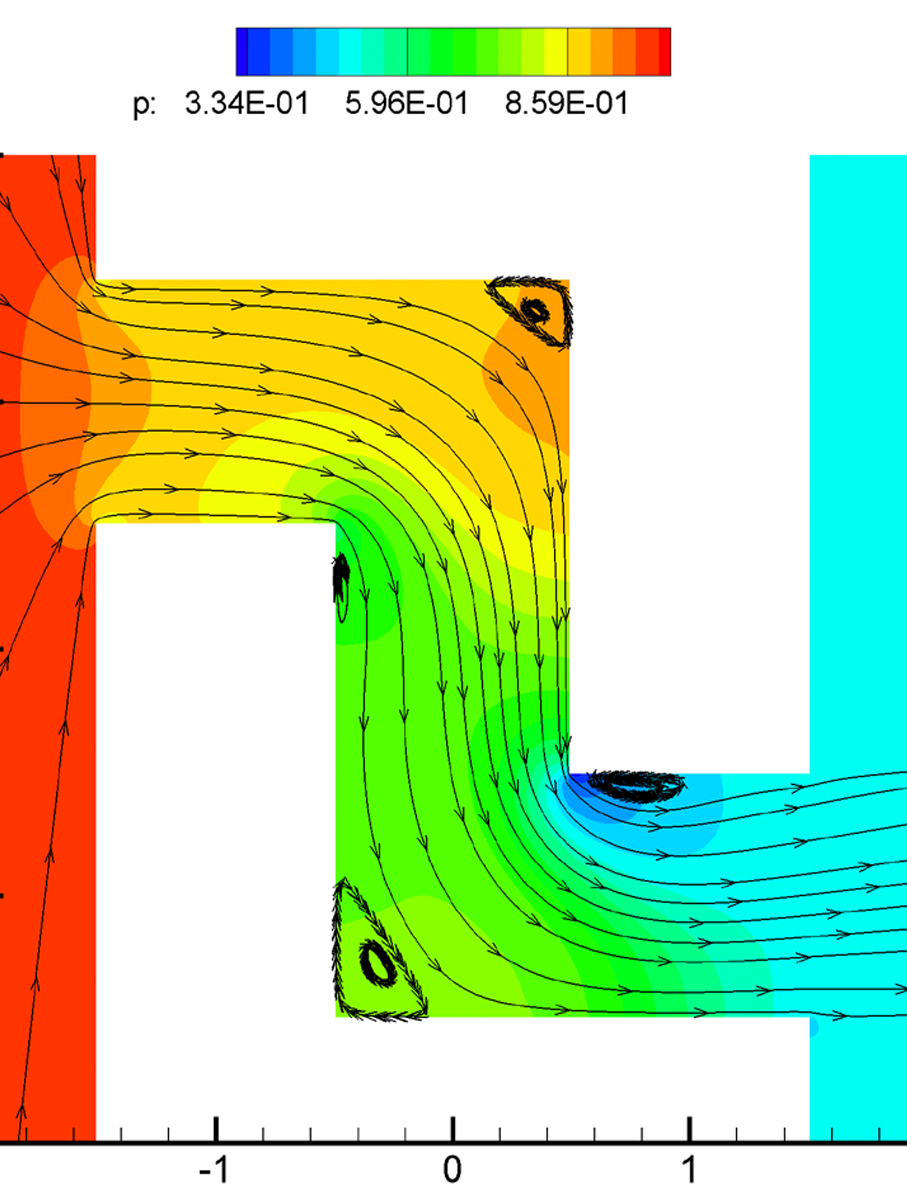 Based on accurate numerical solution of the kinetic equation using well-resolved spatial and velocity grids, the separation of rarefied gas flow in a microchannel with double rectangular bends is investigated over a wide range of Knudsen and Reynolds numbers. Rarefaction effects are found to play different roles in flow separation (vortex formation) at the concave and convex corners. Flow separations near the concave and convex corners are only observed for a Knudsen number up to 0.04 and 0.01, respectively. With further increase of the Knudsen number, flow separation disappears. Due to the velocity slip at the solid walls, the concave (convex) vortex is suppressed (enhanced), which leads to the late (early) onset of separation of rarefied gas flows with respect to the Reynolds number. The critical Reynolds numbers for the emergence of concave and convex vortices are found to be as low as 0.32x10−3 and 30.8, respectively. The slip velocity near the concave (convex) corner is found to increase (decrease) when the Knudsen number increases. An adverse pressure gradient appears near the concave corner for all the examined Knudsen numbers, while for the convex corner it only occurs when the Knudsen number is less than 0.1. Due to the secondary flow and adverse pressure gradient near the rectangular bends, the mass-flow-rate ratio between the bent and straight channels of the same length is a non-monotonic function of the Knudsen number. Our results clarify the diversified and often contradictory observations reported in the literature about flow-rate enhancement and vortex formation in bent microchannels.