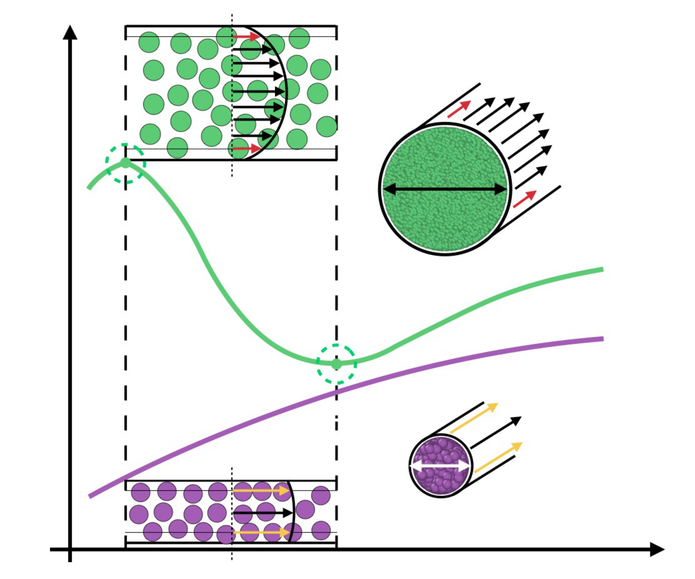 It is well known that the Poiseuille mass flow rate along microchannels shows a stationary point as the fluid density decreases, referred to as the Knudsen minimum. Surprisingly, if the flow characteristic length is comparable to the molecular size, the Knudsen minimum disappears, as reported for the first time by Wu et al. (J. Fluid Mech., vol. 794, 2016, pp. 252–266). However, there is still no fundamental understanding why the mass flow rate monotonically increases throughout the entire range of flow regimes. Although diffusion is believed to dominate the fluid transport at the nanoscale, here we show that the Fick’s first law fails in capturing this behaviour, and so diffusion alone is insufficient to explain this confined flow phenomenon. Rather, we show that the Knudsen minimum disappears in tight confinements because the decay of the mass flow rate due to the decreasing density effects is overcome by the enhancing contribution to the flow provided by the fluid velocity slip at the wall.